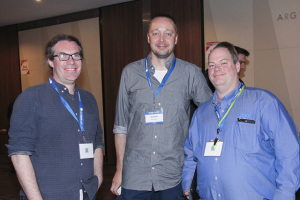 Craig is at YOW! West in Perth and has a conversation with James Stewart, formerly Deputy CTO for the UK Government and co-founder of the Government Digital Service. In varying locations they talk about: