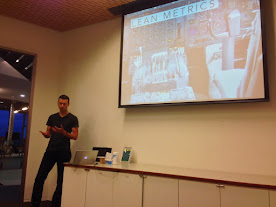 At this month’s Agile Brisbane meetup, Ben Starr presented on Lean Metrics. His talk was based on metrics that they tracked at his previous company on an operational support team. A couple of points from the talk:

The one things that got me thinking during this presentation was the flow efficiency report. 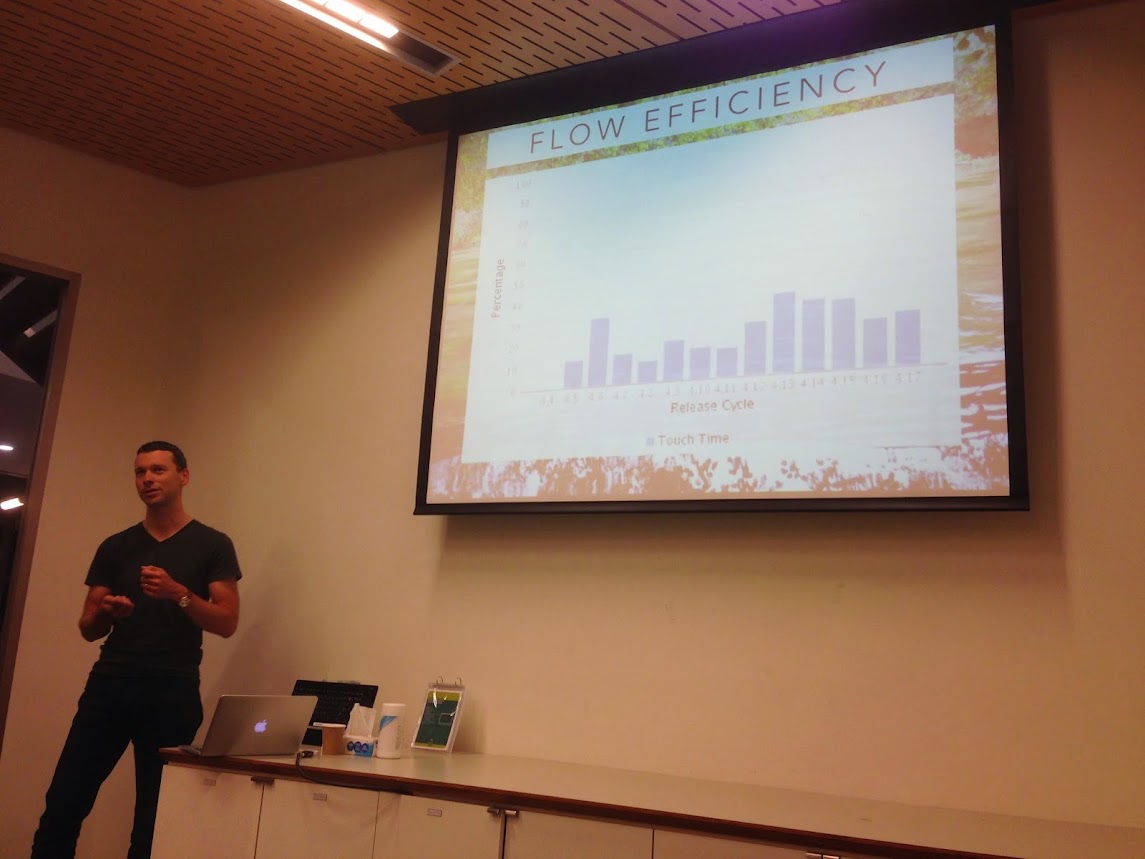 Early on my journey of being an Iteration Manager, my teams used to track times per card. We used to use XPlanner which had some reasoanbly easy functionality for tracking time (one of the good features was as the Iteration Manager I could enter time for my team if needed, tools like JIRA require the developer to record that data if you want it assigned to that developer). We used to use thee metrics for comparing estimates to actuals but over time I came to the conclusion that we would be much better off just making sure that the cards were completing on time (an average of 3 times) and splitting cards out if they appeared to big.

Lately, a number of people in my Agile classes have been arguing that time track is beneficial. My usual response to this (like for all metrics) that it is OK if it adds value, but my recommendation is not to waste your time. Even more so, this opens up the estimation debate that I also believe that a lot of time should not be wasted on (#noestimates), but that is a discussion for another post. My main reasoning is often we need to track for other sources (like timesheets) in different systems, and the overhead does not justify the effort. If teams need time metrics (often to see if time is being wasted away from the core work of the team, say on production support or corporate meetings), I suggest they are done at a team level and rounded to the nearest hour, and collected as time not spent not on project work.

In the graph above, flow efficiency is a good way for showing waste in the system (in this example, the team could potentially be way more effcient), but it relied on the team tracking time (in this case using the time tracking feature in JIRA against each card). I really like it as a graph, I am just not sure the effort to produce it is justified.

Some discussion in the Q&A revolved around recording time tracking (or similar metrics) is OK if the team understands it is an incentive for better metrics, and I can’t disagree with that thought. Just in my experience as an Iteration Manager, getting reliable and timely time and effort metrics ha been painful and the reward outweighed the effort.